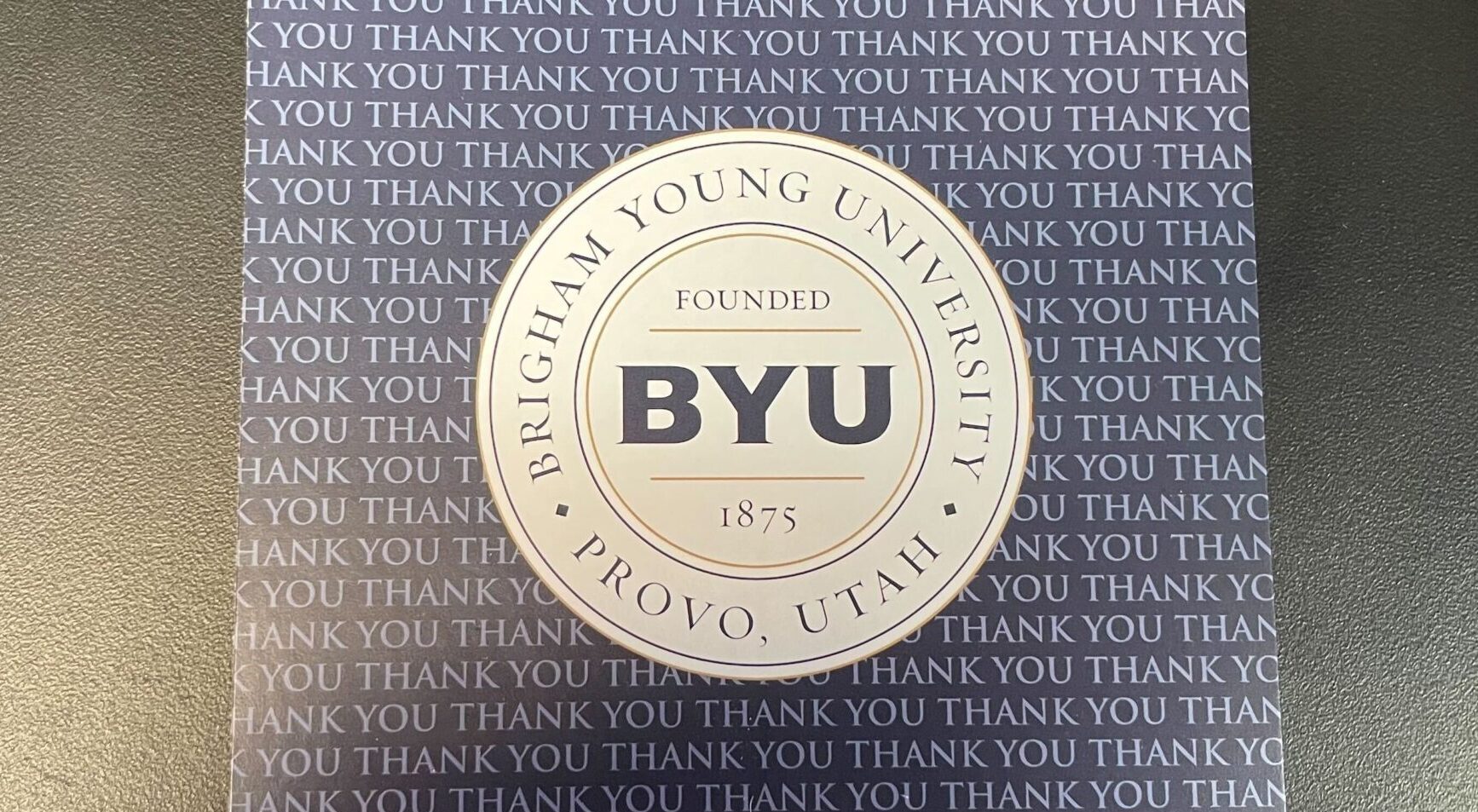 Last Summer, Jim and I met with the administrators of BYU domains, Nate Walton, Joe Hadfield, and Jason Renfro and were told that BYU and the Office of IT would be retiring the BYU Domains service at the end of December 2021. Reclaim Hosting has worked very closely with BYU over the last six years to bring Domain of One’s Own onto campus and into classrooms. Over that time, BYU Domains grew to become our largest Domain of One’s Own institution to date with over 14,000 users, all of which received their own Top Level Domain. This is no doubt attributed to the work that Nate, Joe, and Jason have carried out, as well as folks like Peter Sentz and an entire team of student workers and members of OIT have done to support the initiative. It as been insanely cool to watch BYU Domains scale over the years, and Reclaim Hosting is incredibly lucky to have worked with such a fantastic partner while discovering the potential of Domain of One’s Own.

All good things do come to an end, and through this blog post I hope to acknowledge the other side of this job which isn’t commonly addressed: Decommissioning Domain of One’s Own. This post will be a deep dive of this work. After we were told that BYU OIT would be reallocating resources to other services, we immediately began brainstorming ways to make sure that 14 servers’ worth of users would have a seamless transition to whatever came next. That was, and has continued to remain, priority number one.

Reclaim Hosting has existing migration strategies in place for end users that are looking to move away from Domain of One’s Own. In short, they can grab a backup of their cPanel and take it with them to any number of hosting companies, or they can sign up for a Shared Hosting account at Reclaim Hosting and we’ll migrate their content for free. Over the years, we have carried out hundreds of migrations from graduating BYU students looking to continue hosting their digital projects. While this works on an individual basis we knew that this workflow would not scale; it would overwhelm our support team and it would require work from each user to sign up for an account at Reclaim.

I went to the drawing board two or three times to come up with the best way forward. After multiple brainstorming meetings with Jim, Tim, and the BYU Team, we landed on the following:

Given all the moving parts, I needed a place to manage simultaneous tasks and project milestones, delegate work, keep track of our progress, and stay in constant communication with everyone. Asana became my backbone for all Reclaim Hosting work, and then I stayed in communication with BYU using email, Google Drive, and good ol’ fashioned spreadsheets.

This is a screenshot of the Overview Tab of the Asana Project. Looking back now, its pretty cool to see the timeline on the righthand sidebar: when the project was created all the way through company-wide communication.

This is where the real work began! That summer we asked BYU Admins to begin culling through all existing accounts and clear out/remove anyone that no longer needed a cPanel account. As with any DoOO Institution, we helped in this case by receiving a .csv of accounts to be removed, backing up their accounts one last time, and then terminating them in bulk. Through this process, we were able to consolidate 14 servers down into 10 servers. Getting rid of the fluff was the first step in preparing for the changeover to Reclaim.

Next, we decided on “End of Life” Timeline. Here is a rough outline of what worked for both teams:

As you can see from the timeline, the months leading up were more or less about communicating upcoming changes, introducing Reclaim Hosting to BYU Domains users, and making sure our team had a solid game plan for the change of ownership. We got all communication written and approved, notified and prepped the support team for incoming tickets, and made sure Infrastructure had what they needed in order to test out changes and be ready for game time by end of year. As of January 3, we “flipped the switch” and are now in the phase of tackling support requests. This means letting folks adjust to the change, ask questions about what hosting looks like at Reclaim, and understand what their annual invoice will look like going forward. These are support resources available for users as well:

It has been really cool to watch all teams at Reclaim step up and prepare for this project during the various phases, and it gets me stoked for other team projects down the road. Asana also helped a ton by allowing me to delegate work & timelines to various teams as well as specific people. Certain tasks are dependent on other work happening, and Asana is great for tracking that, too. (read: Asana Task Dependencies)

I’m pretty proud of how we’ve been able to stick to this timeline, no matter the circumstances. Ultimately, I think this has been successful because we set realistic milestones and added flex space in between tasks for unforeseen situations to arise. Planning for the unknown and being flexible to change is a crucial part of keeping large projects afloat. While we are now over the bulk of the work (i.e. rebranding, taking over ownership) the project will still likely carry into early summer as we undergo multiple rounds of server consolidation after active account numbers are reassessed. Even still, this is a great time to press the pause button and celebrate the work done thus far.

I’ve especially enjoyed working closely with Chris in Infrastructure as he has played a key role in configuring the server(s) for this change, and his way of finding solutions for seemingly impossible tasks is always amazing to watch play out. A lot of my role in this project was saying, “Hey Chris, what happens to SSO?” knowing that something would have to change to about the way folks were logging in, but having no clue how to make it from point A to point B.

At some point I’d love to sit down with him and reflect about how everything was handled, think of things we may have done differently now knowing what we know, etc. but overall big kudos to Chris for his management of infrastructure tasks.

Now as I reach the end of my reflection, it simply would not be complete without mentioning the absolute day-maker that happened at the end of the year:

Receiving a handwritten thank-you note from Joe was so appreciated, and a cherry on top to this project. No, BYU Domains- Thank YOU!