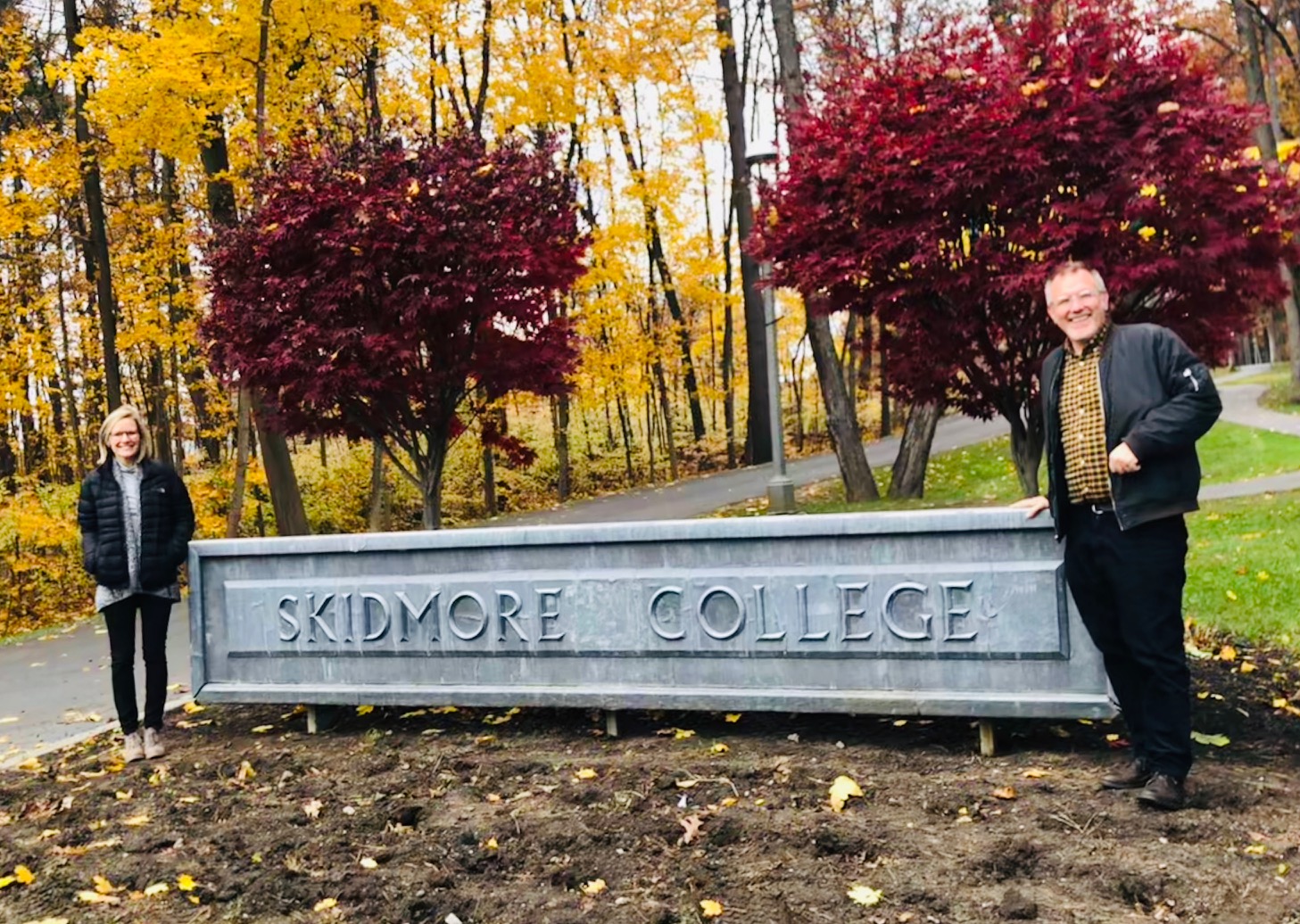 A few weeks ago Jim and I had the pleasure of running our very first Reclaim Roadshow in upstate New York at Skidmore College. We’ve done variants of this Domain of One’s Own administrator workshop in the past, but it was always in Fredericksburg, Va at Reclaim Hosting HQ. These worked well enough, but being able to take this content on the road now means that we’re able to reach a whole new set of folks who maybe wouldn’t be able to travel all the way to Virginia otherwise. So instead of semesterly workshops in Virginia, we’re thinking through what Regional workshops would look like across the U.S. There’s obviously a benefit to getting the undivided attention of the entire Reclaim Hosting team in Fredericksburg, but I also love the idea of being able to say, “Can’t make it? No worries, we’ll come to you.”

What a treat to host @ReclaimHosting‘s first regional meeting at Skidmore College with @brumface @jimgroom and many more in the house! https://t.co/NNLE6hpEKP But where is @timmmmyboy is he filing a new batch of VHS tapes on the shelves at the the office?

You can read through the full Roadshow Workshop itinerary here. We were originally thinking of breaking up the schedule into two parallel tracks, one that encompasses everything technical about Domain of One’s Own, and the other that addresses topics of Digital Literacy and Instructional strategies. However, after getting a sense of our final numbers and audience, I’m so happy that we ultimately decided to blend the two tracks together. The attendees represented variable degrees of experience and perspective in terms of DoOO, so the technical training acted as both a nice refresher for veterans and a big help for newbies. Jim and I spent the full first morning tackling the technical DoOO, which also allowed us to lay the foundation and make sure everyone was on the same page when it came time for discussions around growth, data ownership, exit strategies, and digital organization.

We dove into a hands-on SPLOT/Site Template/Tiny Teaching Tools workshop after lunch, which was much needed. Though the technical overview is a necessity, it was nice to switch it up for the rest of the afternoon by focusing on creating tools for our respective communities.

Stoked to be at @SkidmoreCollege day and tomorrow talking about all things Domains. Here’s @jimgroom getting ready to introduce SPLOTs pic.twitter.com/sRsBRsXUoq

As shown in the embedded tweet above, Jim started by giving an overview of what SPLOTs are and how they’ve come to be. He gave a nod towards the awesome work that Alan Levine has done to build out templates with Reclaim Hosting, and even shared the custom one-click installers that Tim has built. Even though we’ve talked about SPLOTs at workshops past, the conversation always leads somewhere new and this time was no different.

We tasked the group with going out and collecting little scenes from our surroundings and then uploading them to a quick TRUcollector template that Jim built on our Demo server, StateU. I used the above images taken behind Surrey-Williamson Inn, where we spent the majority of the two days, and then uploaded them to the site straight from my phone. (And did I mention participants don’t have to log in?) The process was seamless, and the site became a “tru” collection of images from the day in a matter of minutes. Very cool to see this live example of how students could quickly add to a course website, for instance.

SPLOT discussions continued on the afternoon day two, where Jim and I gave folks the opportunity to share what they had worked on the previous day. It was cool to see how existing templates were picked apart, manipulated and changed to meet the needs of various communities. I ended up sharing a template that I made for DoOO admins based off the Dimensions SPLOT:

As a brief backstory- the technical training on the morning of the first day exposed that some new administrators were having a hard time keeping up with the various DoOO platforms. I would have to agree; the acronyms are hard to adopt, and the login pages are long, hidden, and unfamiliar. Enter StateU.org/dooo-admin, a new landing page for admins that has quick descriptions of each platform and how they’re used:

Since this landing page is created from an existing template, it’s very easy to recreate and/or set up on DoOO servers. Now an entire team that manages a DoOO instance can navigate to the same landing page, get a quick refresher of how the platforms are used, click to specific guides, and lastly, navigate to their respective login pages.  (Psst- if this is something you want for your DoOO team, shoot me an email!)

On top of the SPLOTs show & tell time, day two was jam-packed with panel discussions, mini-presentations, and then free-flowing conversations that addressed any unanswered questions from the group. We heard specifically from schools like Colgate, UMass Amherst, Wesleyan, Drew, and Plymouth State on their specific cases for how DoOO is being used on campus which was (and always is) incredibly fascinating. Reclaim Hosting can’t always be ‘on the ground’ as folks roll out these projects, so listening to strategies that were bounced back and forth was easily one of my favorite parts of the workshop.

My biggest personal takeaways were the discussions around data ownership, migration strategies, and institutional archiving, which spawned from the following question: who owns student work after the student graduates? I’ll have to dive into that one on another day, but it’s safe to say that I left the first Reclaim Roadshow feeling inspired and even more ready for the future of Domains.