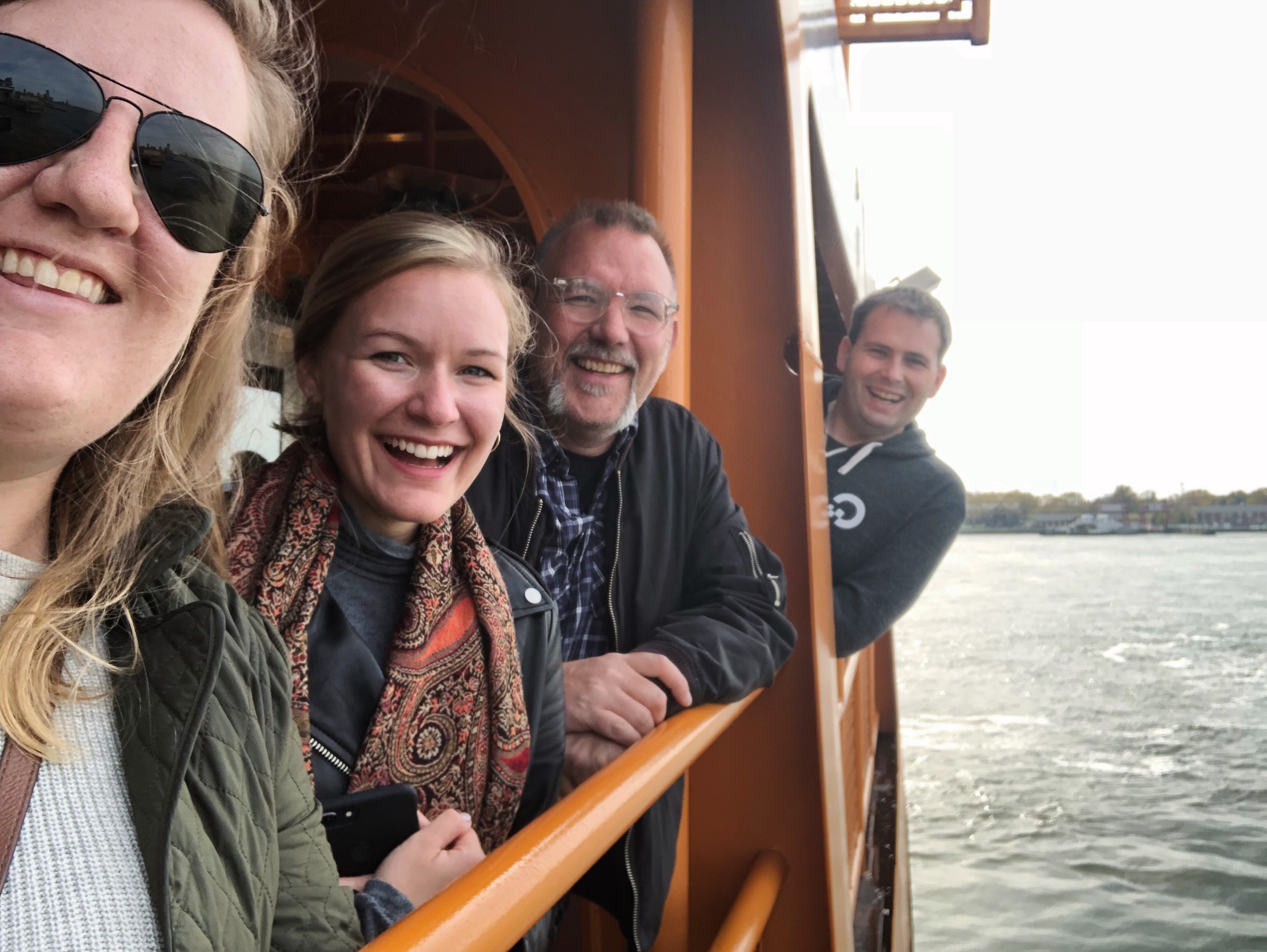 A few weeks back, while reminiscing about last year’s trip to Portland, Oregon (originally what was for a cPanel conference), we realized how valuable that trip had been for the Reclaim team. Though only a group of three at the time, having the opportunity to step away from our daily routine and “vacation” together allowed us to think broadly about the future and cultivate relationships past our computers. Since Meredith just came aboard not too long ago and we knew Jim was coming to town for Workshop of One’s Own, it felt like the perfect time to get away again.

After the Reclaim team finished the workshop, we took a quick plane ride to New York City for a long weekend. While in Portland, the idea of Domains17 came to life, so I think we all had this question of what big idea would come from this trip to NYC. Over the course of those two-ish days, we took a ferry ride to Staten Island (where I saw the Statue of Liberty for the first time!), had some of the best Chinese food ever, saw a Broadway Show, walked through the Chelsea Market, hung out at an arcade bar, and yes, came up with our “next big idea”. The Reclaim team left the city on Monday with a newfound excitement for 2018.