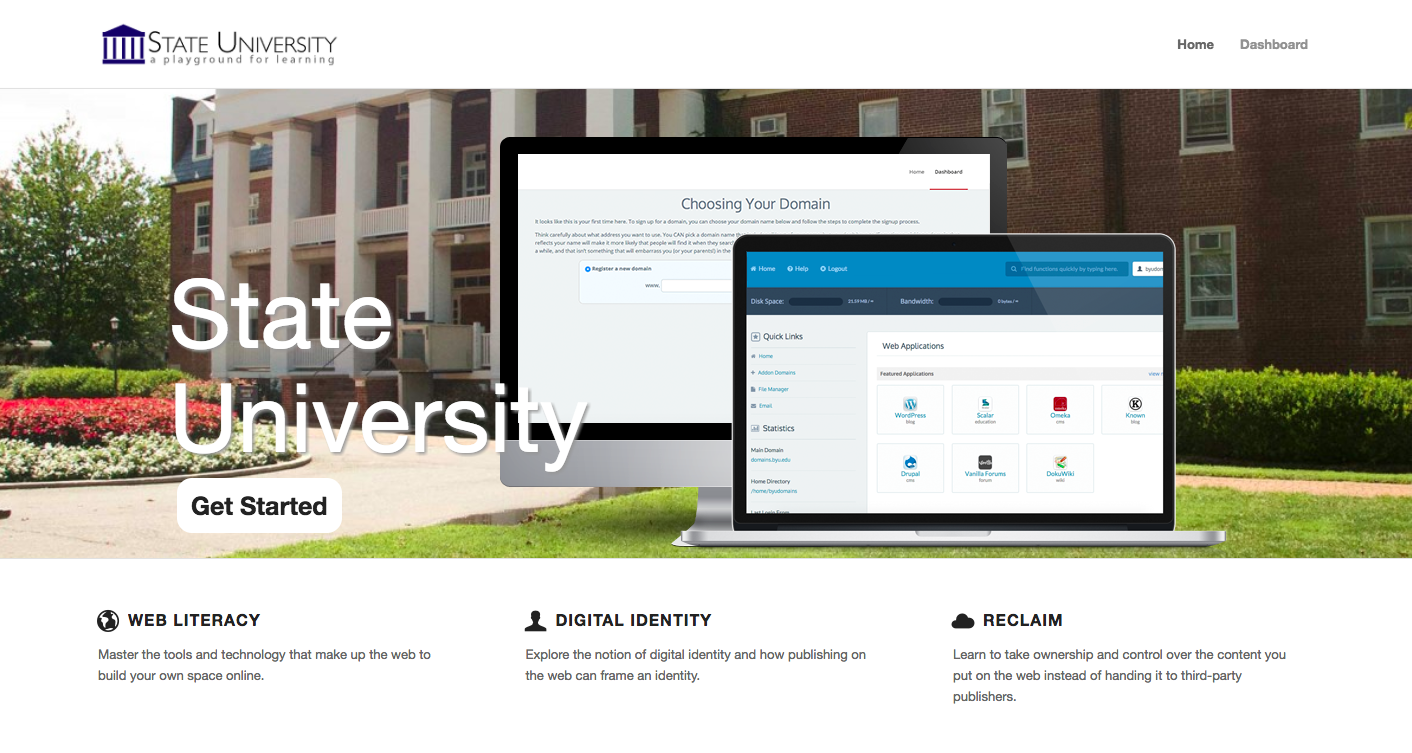 Over time, this web space has naturally become a collection of tutorials, guides & how-tos for navigating a Reclaim Hosting account. Documentation makes for really easy blog posts. And I’m constantly learning something at Reclaim. So when I learn something, I blog it. It’s been a great system.

That said, there’s a whole other side of my position at Reclaim that I don’t blog about often, likely because it still feels new and a bit intimidating. But it’s beginning to take up so much of my time that I simply can’t ignore it any longer!

I’ve always had a serious interest in the “people” side of Reclaim Hosting. And by that, I mean discussing with folks at institutions about supporting Domain of One’s Own on their campuses. For those who are new to the scene, Domain of One’s Own is a package offered by Reclaim Hosting to schools who are interested in giving their students and faculty members a space to explore what it means to have an online identity. Everyone who signs up through the customized single sign-on portal is given access to their very own cPanel account & domain. There’s generally a couple (if not a full team) of folks at the school that then spearhead the project and act as liaisons between students/faculty & Reclaim Hosting support.

It’s an incredible initiative, but a project of this magnitude requires a lot of conversation and a lot of moving parts to get up and running. And that’s where I’m beginning to find a new niche at Reclaim. It’s been a slow process, but a rewarding one. When I was first hired at Reclaim, I started by imagining DoOO info kits. That later led to shadowing Jim on interest calls, and then traveling to Muhlenberg College together for a hands-on, two-day workshop. I surprisingly found a voice that I didn’t realize I had there, and was able to speak publicly about Domain of One’s Own for the first time. It was a huge step! Now roughly a year later, shadowing calls here and there, I feel able to take on a larger role during meetings.  At the very least, I’m able to share half of the conversation with Jim. I’ve noticed a huge improvement in my knowledge of nitty-gritty details, and my level of confidence during these conversations has spiked. It’s all very, very cool.

After discussions & signing of contracts comes the actual work: setting up the school’s DoOO platform & learning how to support it. I’ve recently had the opportunity to try my hand at server setup and that’s been a super cool experience as well. Not only because new challenges are fun, but because it’s been wildly helpful for understanding the infrastructure that I help support on a daily basis. When you’re building it from the ground up, you’re able to better understand how everything in the background is connected and working together.